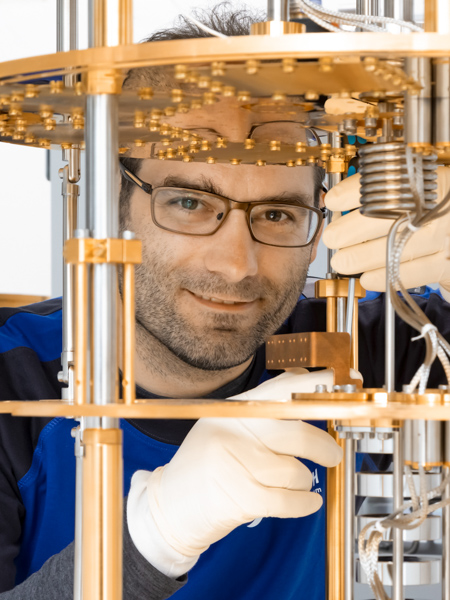 After a two-semester peek at computer science while still in high school, Markus decided that physics was the more exciting subject to study. A few years later, he received his Diplom in physics from the University of Karlsruhe for theoretical work on geometric phases in charge and spin pumping. Seeking a more hands-on experience, he went to pursue a PhD in experimental quantum physics at the Karlsruhe Institute of Technology, working on multiplexed readout of superconducting artificial atoms. After finishing his PhD, he joined Arkady Fedorov’s group at the University of Queensland, where he was responsible for everything analog and digital. In 2019, he became the first member of the superconducting quantum computing lab at FZ Jülich.